The Doctor and Terry attempt to help Geldon prevent the ultimate catastrophe in the senseless war on CAC XI – will humans just never learn?

This episode should be listened to with headphones as I’m experimenting with a binaural effect for the explosions achieved by splitting the stereo track and shifting one channel of a stereo track ever so slightly off and sometimes duplicating the track in the center as well.

It’s all about gender in season two – we have a large cast now so although we still have mostly male villains we can pitch a few more female voices in alongside the Doctor and the Narrator but still have a nice balance. Here’s the male Dr and his Terri from a gender opposite whoniverse – illustrations courtesy of Katrina Joyner. 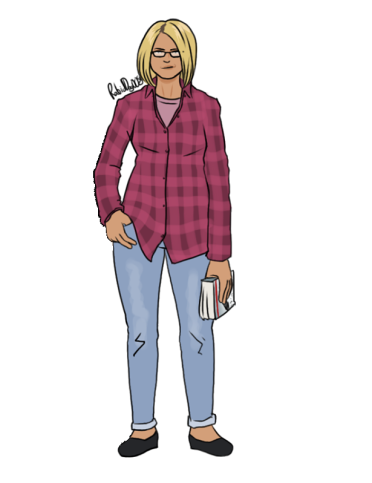 Note: our sfx library is cumulative – hear a sound not listed? Its likely clipped from  previous episodes